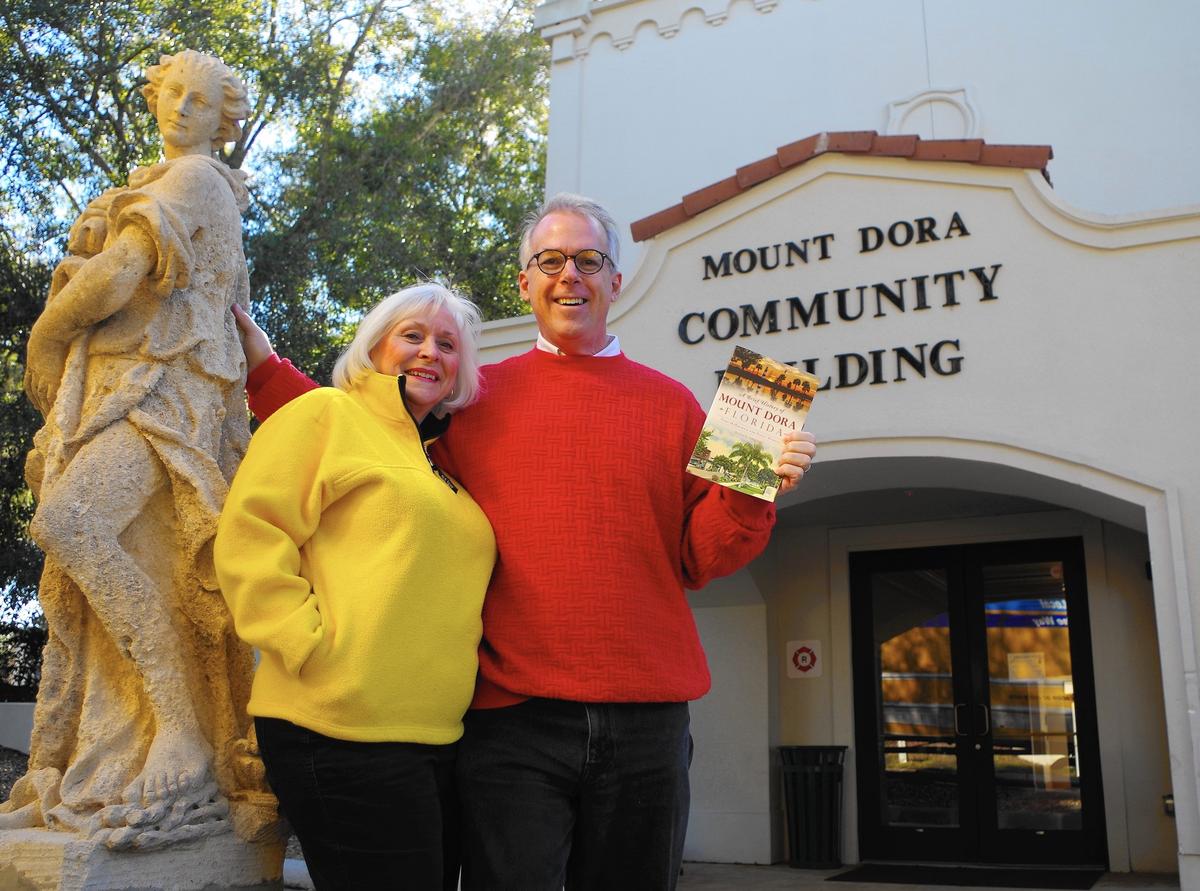 Because the small city has only been around for about 165 years, you’d think folks would have their stories straight.

Lake Dora was not named for Dora Ann Drawdy — buried in the Umatilla cemetery — because the lake was named before she even came to Florida.

Residents Nancy Howell and Gary McKechnie corrected some myths that people in Mount Dora have accepted as truth for decades during their research for their new book, “A Brief History of Mount Dora, Florida,” which was recently released.

“What we learned was that facts and stories are not always correct,” McKechnie said.

He said the fondness people now have for the idea that the town was painted pink for the 1981 film, “Honky Tonk Freeway,” doesn’t match the way many felt about the finished product.

“People were furious because of this bomb of a movie,” he said. “They wrote letters to the editor about the town selling out.”

Despite its A-list director, John Schlesinger, and its big name stars, such as Hume Cronyn and Jessica Tandy, the Wall Street Journal termed it “a pointless exercise excessive in its unrelenting vulgarity.”

“From a female perspective, the story of girl who married at 16 and had a baby and a rocky marriage interested me,” she said. “She and her husband separated twice before coming from Ohio with her parents. Within a year, her husband disappears.”

Her parents had bought 160 acres and gave her and William Stone another same-sized parcel. Two years after Stone departs, Alexander St. Clair Abrams got her a divorce.

Then, who moves into the 160 acres abutting Annie’s land but J.P. Donnelly himself, who marries the good-looking widow and thereby creates Mount Dora’s first power couple.

“There are several thousand towns in the U.S. this size,” McKechnie said. “I would argue that one percent have a history like this town’s.”