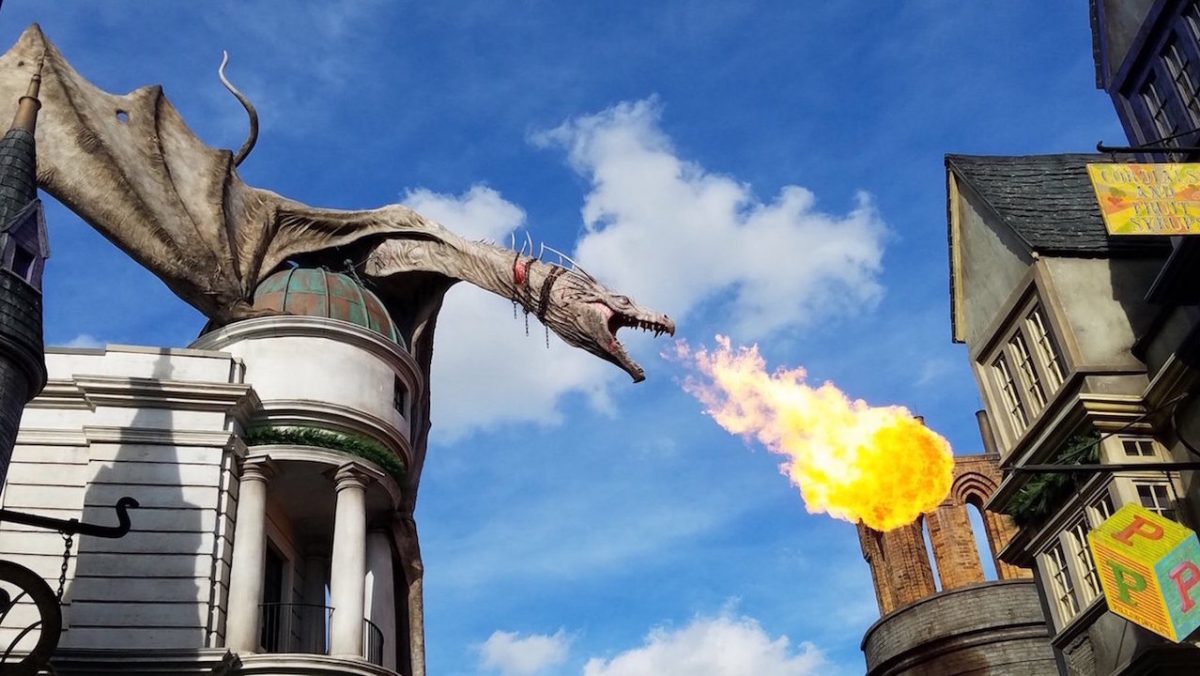 These are the best theme parks in the world

Orlando is the theme park capital of the world, and a new list released by TripAdvisor backs that up.

TripAdvisor said it used an algorithm to create its lists of top amusement and water parks. The system took into account the quantity and quality of reviews and ratings for parks that were gathered over a 12-month period, the company said.

“Universal’s Islands of Adventure in Orlando, Florida continues to capture the imagination of U.S. and global travelers around the world with its eight themed islands as the best Amusement Park for the fourth year in a row,” TripAdvisor said.

Top 10 Amusement Parks in the U.S.

Travelers’ favorite amusement park for 2018 features exciting rides and attractions on spectacularly themed islands from Jurassic Park to Harry Potter. According to a TripAdvisor reviewer, “I remember visiting Islands of Adventure when it first came out. It was amazing, loud, and fun fun fun! It isn’t any different visiting as a parent. There are plenty of rides, lots of good food, and many other things to enjoy.” Travelers can buy Universal Orlando Tickets on TripAdvisor from $180 for admission to three Universal parks for seven consecutive days.

Magic Kingdom captures the enchantment of fairy tales with exciting entertainment, classic attractions such as Space Mountain and beloved Disney Characters to meet and greet visitors. “There’s absolutely nothing like that first glimpse of Main Street. Magic Kingdom has that aura that nothing else matches, and unlike many of the other parks, it’s more thematically varied. It also features the most rides of all of the parks and the most for the younger set,” a TripAdvisor reviewer recommended.

Travelers can tour the legendary Universal Studios backlot and jump on heart-pounding rides inside some of the world’s biggest movies such as King Kong and Fast and the Furious. A TripAdvisor reviewer noted, “I wasn’t expecting Universal to be so good, the detail in everything was breath taking, the live shows like waterworks are fantastic and appeal to all ages, the rides like Harry Potter are superb!” Visitors who buy Skip the Line: Express Ticket at Universal Studios Hollywood from $179 on TripAdvisor will receive priority access and will not have to wait more than 15 minutes for any ride, show or attraction.

Home of Universal Studios and Islands of Adventure, this park is full of entertainment and nightlife alike along the CityWalk, where travelers can explore rides like The Simpsons and Jimmy Fallon Race through New York. “This is one of the best parks ever with so much excitement and stuff to do for everyone! If you love thrill rides or shows you’ll never be disappointed and great food too,” commented a TripAdvisor reviewer. Travelers can purchase Universal Orlando Tickets in advance on TripAdvisor from $180 for admission to three Universal parks for seven consecutive days.

The largest of the four theme parks at Walt Disney World Resort – and the biggest animal-themed park in the world – Disney’s Animal Kingdom reflects Walt Disney’s dedication to nature and conservation from safaris to roller coasters to Broadway-quality performances. According to one TripAdvisor reviewer, “AK has something for everyone, adult and kid rides and shows, good quick service restaurants and plenty of animals for watching. For night hours, the park is beautifully lit and ambiance is soothing.”

This 23-acre entertainment destination offers affordable family fun day and night as the home to Jimmy Buffett’s Margaritaville restaurant, the Margaritaville Island Hotel and Paula Deen’s Family Kitchen. “A hidden gem. There is something for everyone here to enjoy, no matter what your age or interest. The Island is easy to walk around and there is a wonderful Ferris wheel to ride,” said a TripAdvisor reviewer.

SeaWorld features Orlando’s longest, tallest and fastest roller coaster (Mako), among many exciting rides and adventures featuring a host of marine life such as dolphins, penguins, turtles and more. A TripAdvisor reviewer noted “What a great day out here! So much to do and see here. Que times are brilliant hardly ever had to wait. The food here was really lovely and the air con room was lovely really nice touch. Can’t wait to come back – the rides are awesome.” Travelers can purchase a ticket on TripAdvisor from $88.

Build in 1955, “The Happiest Place on Earth” remains a family favorite with enchanting characters from pirates to fairytale princesses, in the sea to the stars. One TripAdvisor reviewer advised, “Disneyland is a great place for young and old, whether you like to ride the attractions, get photos with Disney Characters or Star Wars, or you watch the parades, shows and fireworks.” Travelers can purchase a Disneyland 1-Day Admission with Round-trip Transport from Los Angeles on TripAdvisor from $197.

This park offers a behind-the-scenes look at Hollywood-style action where travelers can bump into Storm Troopers, watch live shows, ride thrilling attractions like the Aerosmith Rock N Rollercoaster, and experience Toy Story Mania, Beauty and the Beast, and more. “This was our 3rd time at Hollywood Studios and we enjoyed it as much as the first time. Love all the shows and rides and also the story of Walt Disney, with all the memorability from his life and how he created Disney World and Disneyland. Our favorite park.”

Travelers can experience the thrill of an old wooden rollercoaster but with moderns technology on “California Screamin” or enjoy a live character performance at Disney’s newest theme park. One TripAdvisor traveler noted, “Disney California Adventure is a truly magical place. The highlight was the Paint the Night Parade, wow what a fantastic experience! The costumes, lights, music and dancing were just magical. To top it all off we watched the fireworks from the neighboring park!” Travelers can purchase a Disneyland 1-Day Admission with Round-trip Transport from Los Angeles on TripAdvisor from $197.


Top 10 Amusement Parks in the World

Top 10 Water Parks in the World